This site uses cookies to improve your experience. By viewing our content, you are accepting the use of cookies. To help us insure we adhere to various privacy regulations, please select your country/region of residence. If you do not select a country we will assume you are from the United States. View our privacy policy and terms of use.

How to Handle Lost Luggage: A Lesson From the Airlines

I’m not sure if there is a term for this phobia, but I have the fear of airlines losing my luggage. My memory of the few times my luggage was lost by the airlines includes waiting until I’m the last guy standing at the baggage carousel. Even the airline might not know where it is.

Southwest Airlines gets a CX kudos during Hurricane Harvey 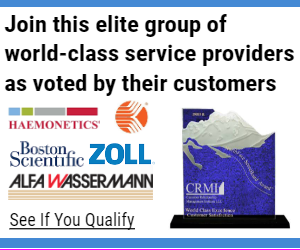 In the Competitive Airline Industry, Best Practices in CX can be Transformational

Let’s face it: the airline industry is tough. Do you remember how many airlines there were when you were a kid?) To stay ahead of the competition, airlines keep close tabs on customer experience to address flyers’ concerns, preferences, and needs through reports like the recently released J.D. Powers North America Airline Satisfaction Study. The study shows that overall, airlines in North America have been making solid gains in customer satisfaction.

Since the global pandemic hugely impacted the airline sector, the metaverse has become increasingly important. With thousands of potential routes and fares at their fingertips, airlines have to ask themselves how they can provide relevant information to individual customers.

4 Strategies to Improve Customer Experience in the Airline Industry

For Airlines CX suddenly a Priority

Congratulations to Southwest Airlines for earning the highest customer experience score in the airline industry. Of the nine airlines included in this year’s Ratings, Southwest Airlines earned the highest score with a rating of 76%, putting it in 51st place overall out of 318 companies across 20 industries. The post Temkin Experience Ratings Industry Snapshot: Airlines appeared first on Customer Experience Matters®.

RyanAir, Europe’s largest airline, in my view are the epitome of a poor Customer Experience. Over the last few days, they have proven this yet again as the airline has begun cancelling hundreds of flights. The reason for the cancellations, according to the airline, is a shift in the vacation policy for pilots. While pilots used to have a vacation year that ran from April to March, the airline is switching to a January to December schedule. Cheap Airlines: Low Prices!

Overall, the airline industry averaged a 63% rating in the 2015 Temkin Experience Ratings and tied for 12 th place out of 20 industries. Southwest Airlines came in second with a rating of 72%, placing it 89 th overall. At the other end of the spectrum, Spirit Airlines , which made its debut on the ratings this year, was the lowest-scoring company in the industry.

Since the global pandemic hugely impacted the airline sector, the metaverse has become increasingly important. With thousands of potential routes and fares at their fingertips, airlines have to ask themselves how they can provide relevant information to individual customers.

The International Air Transport Association (IATA) estimates that global revenues for airlines were down by 44% last year when compared to 2019 figures. Fortunately, operations have resumed with airlines looking for more creative ways of re-engaging with customers.

Southwest Airlines has an industry-standard approach to promoting people from within. Sonya Lacore has proudly served Southwest Airlines for 15 years, Sonya began her career as a flight attendant. Sonya has a wealth of knowledge, experience and understanding of the needs in the airline industry. Podcast annual planning Aviation proactive recovery plan Southwest Airlines unite leadership unite the silosEpisode Overview.

The United Airlines incident is eventually going to fade from public consciousness, but I wanted to try and address it a few times. Podcast apology apology peace process decide to say sorry United Airlines United scandalEpisode Overview. As we all know, customer experience happens in the real world — it’s companies and organizations interacting with their customers.

As if flying isn’t enough of a hassle, United Airlines has made every passenger in every flight around the world a little more uncomfortable in their seats until the plane is in the air. Unless you’ve been hibernating from all media feeds, you’ve likely seen the video of a passenger being forcibly removed from a United Airlines flight. Customer experience United Airlines 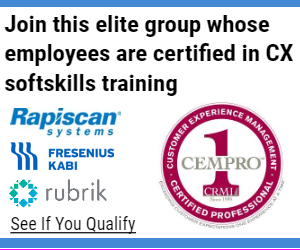 Knowing that there’s been an increase in customer conversations with your company doesn’t provide insight into a customer’s mindset - it’s only half the battle. You need to know what they’re actually saying (customer intent data) in order to deliver great customer experiences.

Customer Experience Customer Loyalty AA American Airlines BA Brand British Airways Finnair OneWorld Skyteam Alliance Star AllianceWhile code sharing is a model that should benefit customers greatly, the reality is still far from the promise. As a result, customers who benefit from one aspect of the customer experience – pricing advantages – suffer along the remainder of the customer journey. The Promise: OneWorld offers “interline ticketing between member [.].

Now that the dust has settled, and pictures of Dr.David Dao’s half naked body are no longer making the rounds on my social feed, I think it’s time we talk logically about the elephant in the room: Customer experience within the airline industry has come under hot water over the last few months, through a combination of […]. The post 2017 Customer Experience Lessons from the Airline Industry…So Far appeared first on CustomerGauge.

The saving grace for airlines has been the growth of cargo. Putting this in perspective, cargo typically constituted 10% of the airline business before the pandemic. This cargo loyalty platform will enable the airline to manage the day-to-day accrual and redemption activities.

Last week United Airlines had a computer outage that lasted two and a half hours and caused 200 flight delays and six cancellations. And it may not be a computer glitch, but a weather problem that causes airline delays. But, what I can speak to is the general response that United Airlines made, and how it was a perfect example of what to do in a crisis situation. The post United Airlines Computer Outage Is Customer Service Crisis Case Study appeared first on Shep Hyken.

Clarabridge released a report, Customer Experience in the Clouds , last month that looked at the airline industry through the lens of passenger expectations. One of the more surprising findings was that almost three quarters of travellers don’t bother complaining to airlines when things go wrong. Airline customers are being heard less precisely because they are saying more. The airline problem seems desperate.

I’ve been flying major airlines for a long time, and like everyone else, I’ve noticed the changes – and not in a good way. At American Airlines, for example, incentive payments for top executives are now determined exclusively by income and cost savings. One reason for this, the Times reports, is that airlines and other industries are under pressure from Wall Street to return strong profits each year. Cheap Airlines: Low Prices!

The post One miserable [United Airlines] Customer Journey appeared first on Pivot Point Solutions. Customer Experience Customer Journey Bruce Temkin Crying Baby Social Media United AirlinesOne disadvantage of being a social media Luddite is that you sometimes miss teachable customer experience moments that have wide public reach. I missed one recently that blew up social media but it still warrants a quick post. In the. 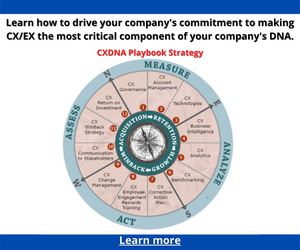 What the United Airlines Saga Can Teach Every Company

Countless factors led to the United Airlines failure, and countless interactions led to the public consensus that their customer experience is problematic. Articles

What Airlines Can Learn from the Theme Park Industry

The customer experience for airlines is made even worse by the shrinking window for customers to reach their gate, frustration at people cutting in line, or a sense that there are not enough attendants at the front desk, gate, or any other location.

How Airlines Use NPS to Improve Their Customer Satisfaction Ratings

“You can’t have a mid-life crisis in the airline industry, because everyday is a crisis.” – Herb Kelleher. Maintaining an airline is a mess. However, in the pursuit of keeping their operational costs lower, airlines often compromise on one element that has become the crucial competitive differentiator – customer experience. Why do Airlines Have Low Customer Satisfaction Ratings. And it’s not that airlines are oblivious to the underlying testimony.

Heart of the Customer

The post Why Spirit Airlines’ and Ryan Air’s Customer Experience is Better than Yours appeared first on Heart of the Customer. I’m partway through a European holiday with my wife, celebrating 25 years of marriage. Okay, actually 26, but that’s a different story. When a friend heard we were flying Ryan Air, she told me, “Uh oh. Pay attention to the experience you receive.” Interested, I did pay attention. And I realized that Ryan Air probably […].

We’re all very aware of the unique and unprecedented challenges airlines face today. As a well-established Loyalty Solution provider, previously sold as the branded solution for a well known PSS, we are perhaps one of the best kept secrets in the airline market in terms of our own brand.

Airlines have a major role to play in the global fight against the COVID-19 pandemic because they are part and fabric of this interconnected world, carrying people and cargo. age of the customer customer experience strategy airlines covid-19 Customer Experience (CX) customer service

airlines, sizing them up according to factors that matter to travelers, including delays, on-time arrivals and lost baggage. Overall, the newspaper reported, airlines did a better job on some measures in 2016 than in 2015, with 7 percent fewer late arrivals. Alaska Airlines earned top rank for the second year in a row, but as a customer experience consultant, I was just as interested in the airlines at the bottom. The post Cheap Airlines: Low Prices!

You may be hearing those words a lot lately, as many major airlines recently sent Coronavirus updates to frequent fliers. The post Comparing Airline Coronavirus Emails – CX Lessons appeared first on Blog @beyondthearc.com. “I wanted to personally reach out."

One of the stories featured in the article was about United Airlines and their much publicised PR disaster caused by the practice of overbooking flights. Oscar Munoz, Chief Executive Officer, United Airlines, speaks during the 2017 Aviation Summit hosted by the U.S. We are working harder than ever for the privilege to serve you and I know we will be stronger, better and the customer-focused airline you expect and deserve. United Airlines.

Join 40,000+ Insiders by signing up for our newsletter

BE IN THE KNOW ON

Expert insights. Personalized for you.

We organize all of the trending information in your field so you don't have to.
Join 40,000+ users and stay up to date on the latest articles your peers are reading.

Get the good stuff

You know about us, now we want to get to know you!

We've sent an email to . Please verify that you have received the email.

We have resent the email to

Let's get even more personalized

Are you sure you want to cancel your subscriptions?

Get the good stuff

You know about us, now we want to get to know you!

Let's get even more personalized